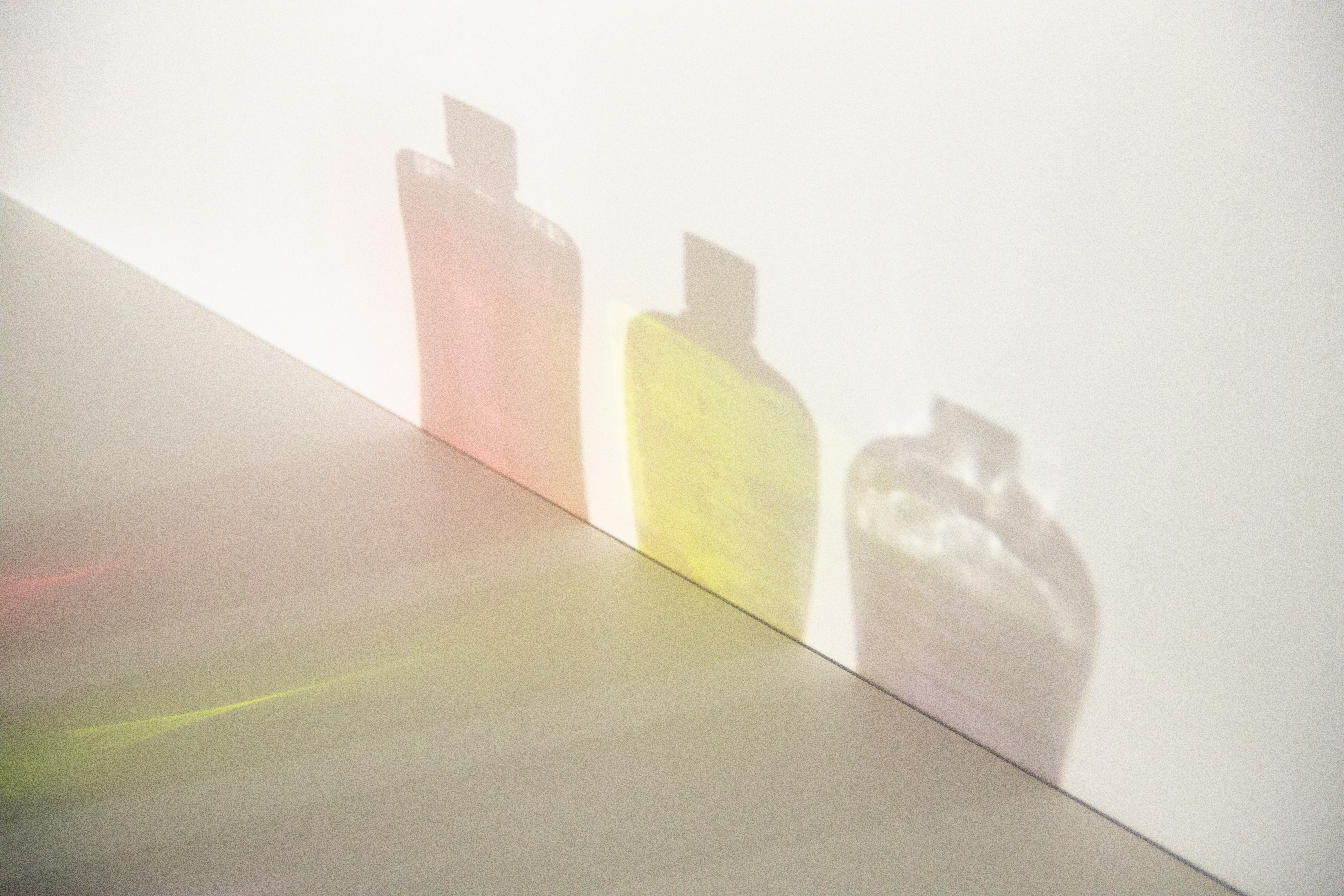 William Shakespeare only wrote 37 plays, many of them comedies and stories. When I set out to compile a list of his biggest villains, I thought he would probably be struggling to make a Top 10, how wrong can you be? I soon found it impossible to limit the list to 10 and even with a Top 20 there are other characters who seem equally deserving who just didn’t make it.

What constitutes a villain? – You could probably write a full thesis on that. I’m going to adopt a pretty vague working definition: Villains are people who do bad things. Certainly some people will be surprised and offended to find Hamlet and Caliban on the list. I do not apologize, they do bad things, they are inside.

Villainy is represented here in many ways, from the immature callousness of Richard II to the calculated machinations of Iago and Edmund. There are would-be seducers who try to attack virtuous maidens, tyrannical monarchs, and more than one evil queen. Families seem to bring out the worst in people and there are malevolent sisters, brothers, stepbrothers, stepfathers, and stepmothers vying for a spot on Shakespeare’s “most wanted” list.

So here, and in increasing order of evil, are Shakespeare’s bad boys (and girls) …

20. Don John (Much ado About Nothing) – The “Bastard Prince”, brother of Don Pedro. Don John is one of the few examples of a real villain in Shakespeare’s comedies. A bitter man tries to thwart the wedding of Hero and Claudio with a spirit of pure evil. Villain Quote: “It cannot be said that he is an honest and flattering man, it should not be denied, but I am a plain villain.”

19. Richard II (Richard II) – King of England from 1377 to 1399. Shakespeare paints a picture of an impetuous, self-centered and stubborn young man. He orders executions, banishes those who disagree with him, and imposes unfair fines and taxes. Richard’s misbehavior is the result of having too much power in the hands of an immature child rather than being the result of malevolent calculation. Villain Quote: (Richard on his God-given right to rule) “Not all the water of the rough sea can wash the balm of an anointed king.”

18. Angelo (Measure for measure) – Left in charge of Vienna, Angelo enforces archaic laws, including one that requires the death penalty for getting a woman pregnant out of wedlock. He seems pious and self-righteous, but soon shows himself to be a total hypocrite when he tries to bribe a young novice, Isabella, to sleep with him in exchange for her brother’s life. Villain Quote: (Isabella, on Angelo’s abuse of his newfound power) “Oh! It is excellent to have the strength of a giant; but it is tyrannical to use it as a giant.”

17. Caliban (The Tempest) – Son of the witch Sycorax, a half-human monster and slave of Prospero. Another one that will likely make some people’s hair stand on end, Caliban is portrayed more often as a victim than a villain. However, don’t forget that he tried to rape Miranda and willingly plots Prospero’s death with Stefano and Trinculo (who should probably be on the target list as well if space allowed). Villain quote: (cursing Miranda and Prospero) “As wicked dew as before my mother brushed the raven feather from the unhealthy swamp, fall on you two!” A hit from the southwest on you and blisters everyone!

16. Hamlet (Village) – Prince of Denmark. Although Hamlet is apparently the play’s tragic hero, let’s not forget that he does some pretty cowardly things that qualify him for this list: he sends his friends, Rosencrantz and Guildenstern, to near certain death, kills Polonius, and spends a lot. . of the play that conspires to kill Claudio. Villain Quote: (on stabbing Polonius) -And now! A rat? Dead, for a dukedom, dead!

15. Iachimo (Cymbeline) – a dishonest and lewd sleaze. Iachimo enters into a pact to prove that Imogen can be seduced. When he fails in his seduction attempt, he resorts to theft and deception to dishonor the lady. Along with Angelo, one of the great aspiring seducers of Shakespeare’s lounge lizard. Curiously, at the end of the play Iachimo goes unpunished. Villain Quote: “If you buy women’s meat at a million a dram, you can’t keep it from getting stained.”

14. Claudio (Village) – Hamlet’s stepfather, responsible for killing Hamlet’s father. He tries to send Hamlet to near certain death, when that fails, he conspires with Laertes to poison the village with a poisoned sword. Villain Quote: “What if this cursed hand was thicker than itself with brother’s blood? Isn’t there enough rain in the sweet skies to wash it white as snow?”

13. Cassius (Julius Caesar) – leader of the conspirators against Julius Caesar who persuades Brutus to join the plot. Cassius seems to be motivated by a combination of ambition and political ideology. He finally meets his end on the battlefield by committing suicide after witnessing the death of his best friend Titinius. Villain Quote: (Julius Caesar describing Cassius) “Yon Cassius looks thin and hungry. He thinks too much. Such men are dangerous.”

12. Shylock (The merchant of Venice) – a Jewish moneylender in Venice. Opinion is divided as to the extent to which Shylock is a villain or a victim. He certainly received rather pitiful treatment from the Christians, but his insistence on wanting a pound of Antony’s meat makes it difficult to see him in a totally sympathetic light. Although Shylock seems to dominate this play, he only appears in four scenes. Villain Quote: “The villainy that you teach me I will execute, and it will be difficult, but I will improve the instruction.”

11. Lady Macbeth (Macbeth) – Macbeth’s wife. Lady M’s ambitions for her husband lead her to convince him to stab not only Duncan but his pages as well. Haunted by the murders, she eventually commits suicide (off stage). Villain Quote: “It looks like the innocent flower, but be the snake under it.”

10. Macbeth (Macbeth) – starts the play as Thane of Glamis, but quickly makes his way to the top and becomes King of Scotland. However, his reign is short-lived and he is soon beheaded in battle by Macduff. Critics argue about who is the most villainous, Macbeth who commits the bloody acts or his wife who goads him. Villain Quote: “Stars, hide your fires! Do not let the light see my deep black desires.”

9. Cornwall (King Lear) – Regan’s husband and a completely disgusting job. Cornwall is a small role and is often overshadowed by some of the most striking villains in the play. But don’t overlook him, he’s a ruthless torturer and deserves his place on the list. He eventually dies from a wound inflicted by one of his own servants during Gloucester’s torture. Villain Quote: (on gouging out Gloucester’s eyes) “Out, vile jelly!” Where is your chandelier now?

8. Richard III (Richard III ) – King of England for two years from 1483 until his death at the Battle of Bosworth Field in 1485. Shakespeare’s prototypical villain who begins to play with a long monologue explaining his villainous motivations to the audience. Richard will stop at nothing in his quest for the throne and relish the chaos and carnage he causes along the way. Richard III is the second longest play in the entire Shakespeare canon, only Hamlet is longer. Villain Quote: (on wooing Lady Anne) “Has a woman in this mood ever been courted? Has a woman in this mood ever been won over? I will have her, but I won’t hold her for long.”

7. Tamora (Titus Andronicus) – Queen of the Goths, brought to Rome as a captive by Titus. While it is somehow tempting to view Tamora as the archetypal Evil Queen, you have to remember that she has received some pretty harsh treatment at the hands of the Romans. In one of Shakespeare’s strangest scenes, she eats her two sons baked into a cake by Titus before he stabs her. Villain Quote: “I will find one day to slaughter them all and lay waste to their faction and their family.”

6. Regan (King Lear) – Lear’s middle daughter and definitely suffers from middle son syndrome. Regan is the more overtly sadistic of the two sisters, and she positively enjoys having her husband blind Gloucester. Widowed after the death of her husband Cornwall from a wound inflicted by a servant, she pursues the affections of her sister’s lover, Edmund. She is finally poisoned by her sister. he eventually dies from the poison administered by his sister. Villain Quote: (after helping blind the Duke of Gloucester) “Go put it on the doors and let it smell its way to Dover.”

5. Goneril (King Lear) – Lear’s eldest daughter, receives a third of his kingdom but cannot cope with her father and his rowdy entourage. Married to a weak husband, she publicly flaunts her affair with Edmund. She finally stabs herself (off stage) after confessing to poisoning her sister. Villain Quote: (Albany, talking about his wife) “Oh Goneril!” You don’t deserve the dust that the strong wind throws in your face. I fear your disposition: that nature, which despises its origin, cannot be confined within itself.

4. The Queen (Cymbeline) – Cymbeline’s wife and Imogen’s stepmother. Here’s a nice prototype for an evil stepmother, she unsuccessfully tries to poison both Imogen and Cymbeline. Although she is never given a name, the Queen is a substantial villain role. Villain Quote: (Dr. Cornelius, who has been asked by the queen to prepare deadly poisons and says he only wants to poison animals to see what happens.) I do not like it. She thinks she has strange sounding poisons. I know his spirit and I will not trust anyone of his malice with a drug of such a cursed nature.

3. Edmund (King Lear) – Illegitimate son of Gloucester. He concocts a plot to banish his half brother and has affairs with two of Lear’s daughters, pitting them against each other for their own ends. Edmund is not exempt from his redemptive qualities and at the end of the play, after being mortally wounded, he repents of his wrongdoings; However, everything is in vain, nobody’s life is saved with revelations and many directors today cut their lives. regret completely. Villain Quote: “Now gods, defend the bastards!”

2. Aaron (Titus Andronicus) – The Moorish lover of Tamora brought by Titus as a captive to Rome. One of Shakespeare’s darkest villains who is responsible for many of the atrocities and murders in this very bloody play. When he is finally captured, he gloats over his villains. Shakespeare only gives Aaron a redeeming quality, his devotion to his young son. Villain Quote: “I have done a thousand horrible things with the same will that one would kill a fly; and nothing saddens me at heart, but I cannot do ten thousand more.”

1. Iago (OTHELLO) – Othello’s lieutenant and the man who plans his downfall by persuading Othello that his wife is having an affair. Iago is a bow handler who is directly or indirectly responsible for all deaths on the construction site. Interestingly, Iago is one of the few major villains who does not die at the end of the play. Villain Quote: “But I will wear my heart on my sleeve for the daws to peck. I am not what I am.”