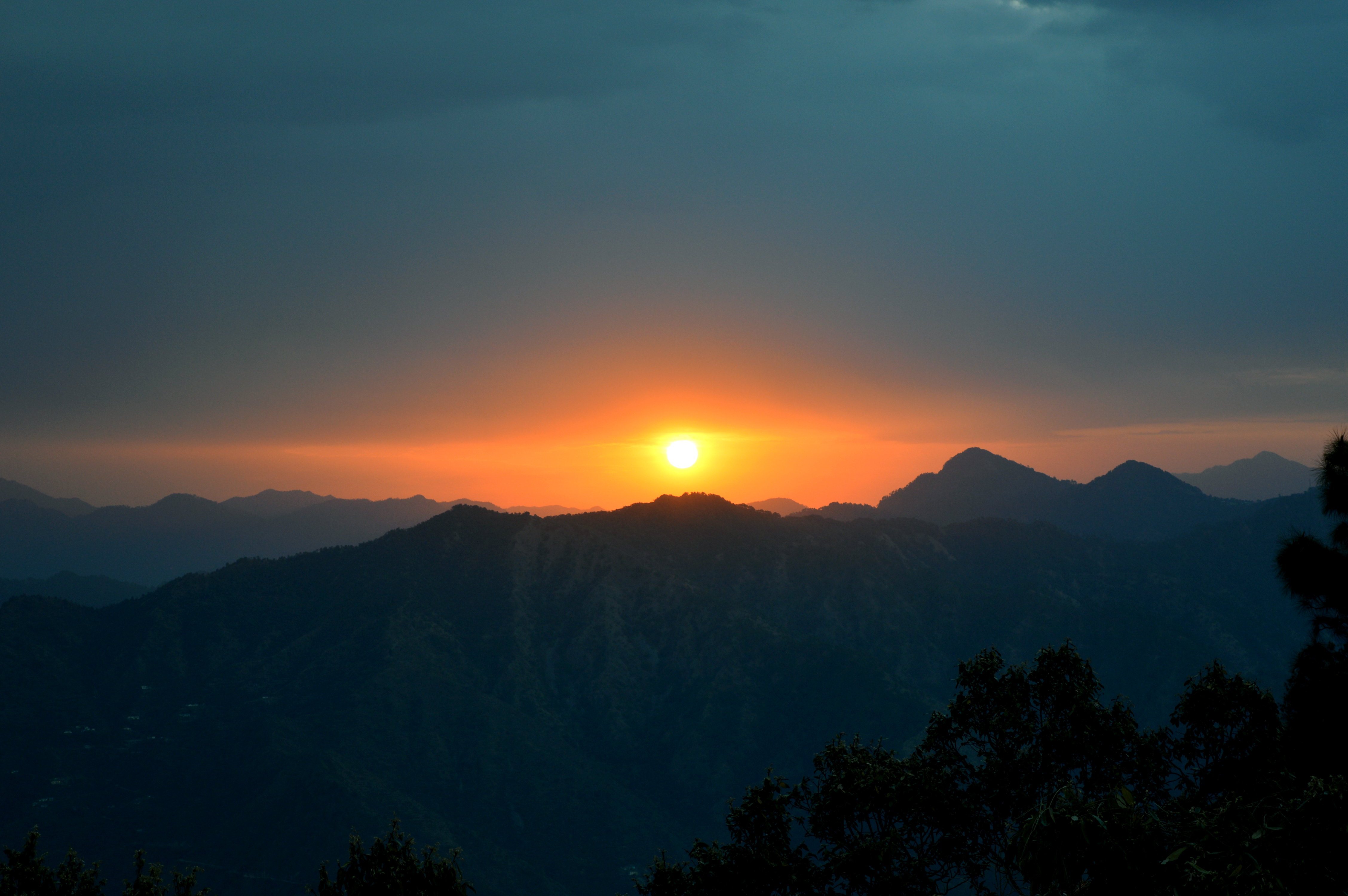 Nonna and the importance of family

Let’s not forget the traditional Sunday family gathering at Grandma’s house in the old quarter. Hmmm…delicious. The enticing aromas of freshly made pasta and homemade meatballs and sausages greeted you as you entered her kitchen. While they cooked, Grandma simmered her extraordinary homemade sauce in a skillet, adding basil and garlic. The nonna (an Italian grandmother) is an extraordinarily unique person in her family’s life. Boy, she could cook. Everything she put on the table was made from scratch, no matter how long she took her, she loved every minute of it. She could tell when the spices were right by sight and taste, what the dough looked like when it was ready for ravioli, pastas and lasagnas, creating a variety of delicious old country Italian dishes, enjoyed with a fine bottle of wine. home. came.

“Mangia, Mangia” (eat, eat) she would say, standing by the table with a smile on her face, watching her children devour everything. It was a delicious moment for her. There was never anything left on the plate, especially after the crusty bread cleaned it up. The satisfied look on her family’s faces was all the reward she needed for a hard day’s work.

The nonna has always dedicated her life to her husband and children. Her Italian heritage brought her immense pride. She tried to instill in her children and grandchildren those same family values ​​and traditions that were considered sacred in the old world. She couldn’t understand why her children were so different from her when that wasn’t how she raised them. Her ways of thinking, her lack of respect, her way of dressing, her life practices, her recreation and entertainment options and, above all, the lack of preservation of the Italian language disturbed her terribly. . They had become so Americanized that they sometimes created conflicts among themselves. In her broken English she expressed her discontent. They would roll their eyes and reply annoyed: “Ma’, now you’re in the United States, not in Italy. Give yourself a break.” However, she passionately loved her family and she cared a lot about her neighbor. The nonna was an instrument of Italian tradition and culture.

At the end of the day, in the stillness of her room, the grandmother would sit by her dimly lit lamp, her eyes closed, an image of sweet serenity, praying with her rosary in her hand. Bringing her rosary beads to her lips to kiss them, she wiped away her tears and bowed her head again, moving her lips in silent prayer to the Virgin, asking her blessing for the well-being of the Virgin. her family.

The advent of public housing projects after World War II disrupted the peaceful lives and relationships of thousands of Italian residents of Harlem, demolishing the homes that housed them. The demolition of block after block began to tear at the fabric of Italian Harlem. Not only were homes demolished, but 1,500 mostly Italian-owned retail stores closed, putting 4,500 people out of work. Only three notable Italian-owned businesses from that time, Patsy’s Pizzeria, Rao’s Restaurant (where famous celebrities still dine), and Claudio’s Barbershop remain in operation to this day. Thus, a steady migration of Italian Americans began to move away from East Harlem. The division became unbearable for many families and close friends, torn to make way for progress. Others, benefiting from the improving American economy, moved from East Harlem to suburban areas of New York City.

So now I ask you “How did this neighborhood in East Harlem become known as Italian Harlem and why have Italian religious festivals like Our Lady of Mount Carmel and the Giglio Dance Festival become so important to this neighborhood? question we will try to answer as we go along.

Industrialization and the establishment of the factory system throughout the United States offered the promise of employment to the destitute masses of Europe. Most industrialists in the United States depended on cheap European labor to work in factories. Meanwhile, during the 1800s, Harlem was developing all kinds of transportation projects in an effort to promote northward expansion. America was expanding, growing, and integrating from one community to another. In Harlem, these transportation projects attracted many immigrant wage workers from many different ethnic cultures, primarily during the 1880s and 1890s.

Between the years 1876-1924 more than 4.5 million Italians arrived in the United States. Many settled in the Mulberry Bend neighborhood of lower Manhattan, others scattered across the country. The vast majority of Italian immigrants who remained in Mulberry Bend were extremely poor and lived in appalling conditions.

The cult and its conflicts for the first Italian immigrants

The cult was extremely valuable to the Italian community. They were overwhelmingly Roman Catholic. Having the right to worship in his neighborhood was not easy. Most of the established Catholic churches within East Harlem were already adapting to the spiritual needs of the Irish population that dominated the area at the time. In the United States, the Church has always served the Irish as an institution, although it also served other European immigrant nationalities. The first Italian immigrants were considered a minority and treated as second class. Since they were not Americanized or could not speak English as the Irish did, they and their spiritual needs were overlooked because they were considered foreigners.

As Italians began to arrive by the thousands, flooding East Harlem primarily between the early 1880s and 1920s, many flocked to area Catholic churches. “When Italian families turned up to attend services in efficient Irish parishes, they were subjected to a barrage of insults and even beatings.” These extremely poor early immigrant families, living in appalling conditions in an overcrowded slum-like district, with the lowest wages in the least skilled jobs, were denied the opportunity to celebrate Mass or partake of the Holy Sacraments in the sanctuary. Their worship was restricted to basement church services or a first-floor apartment, when they could get a priest who spoke their language.

Meanwhile, in 1882, the natives of Polla, a town in the Salerno province of Italy, began gathering to celebrate the patron saint of their hometown, Our Lady of Mount Carmel, in East Harlem. The party takes place on July 16. This religious event began humbly in the front yard of a residence on East 110th Street and First Avenue.

As a result of the party, which grew each year, a sense of community began to grow. An emerging local political figure by the name of Antonio Petrucci was instrumental in fanning the flame of passion. He organized a club called “Congregazione del Monte Carmelo”. He also helped Italian immigrants find a place where they could worship. A first-floor apartment rental on East 111th Street, just west of First Avenue, became the chapel of Our Lady of Mount Carmel. Petrucci is said to have even bought a statue of her, a replica of the one revered at Polla, which was imported from Italy. The figure was dressed in extremely brocaded robes. The lightweight structure of the statue made it possible for it to be carried in the festival procession.

The Rev. Emiliano Kirner, a Pallottine priest, was the first priest who was sent in May 1884 to specifically attend to the spiritual needs of the Italian community in East Harlem. Mass was celebrated in the chapel for the first time in 1884 on Easter Sunday.

Father Emiliano Kirner played a key role in encouraging Italian immigrants to provide Our Lady with a worthy home, a church. The Italians were enthusiastic about the suggested project. Land was purchased on 115th Street, the foundation was laid in September, and by early December the lower church in the basement was completed and ready for service. However, the Italian communities were delighted because it was “their parish”. The upper part of the church was finished in 1887. This church was literally built by Italian craftsmen after returning home from their hard work with the help of Father Kirner who joined the workforce.

In part 3 of this series, we will examine the significant progression of religious holiday celebration by the Italian community of East Harlem.