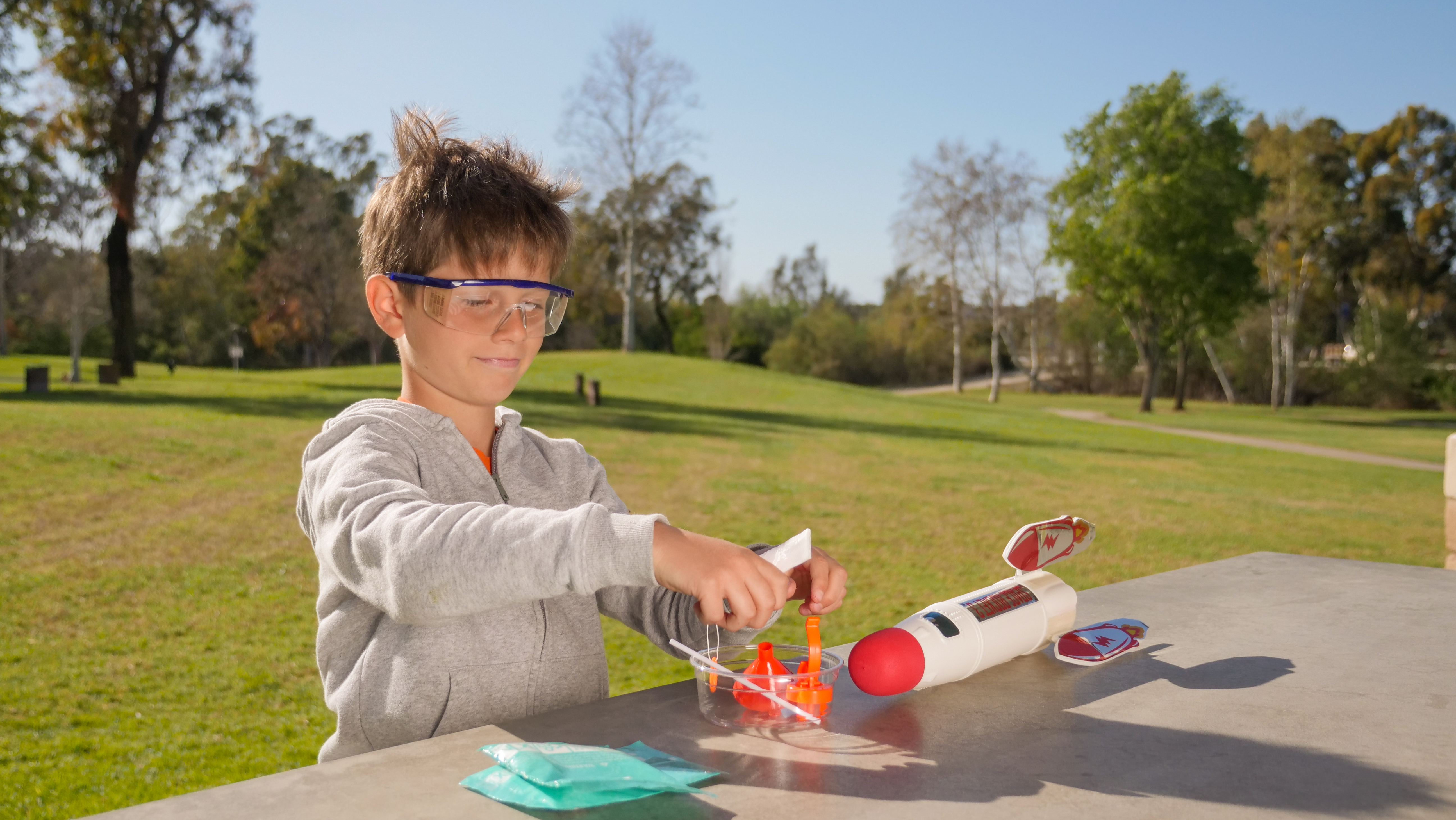 The Yoga Sutras of Patanjali are a brilliant exposition of the philosophical principles, profound truths and disciplines of yoga. Organize the disciplines into eight “branches” or categories of yoga practice. No specific meditation techniques are given; only types disciplines are discussed. Many of his sutras (aphorisms) describe and comment on these practices. This timeless treatise by an enlightened yogi addresses the universal human condition of apparent separation from God (avidya, without knowing the Supreme Reality) and shows us how to overcome the mental tendencies and illusions that keep us in this condition.

Like the branches of trees, emerging in sequence, disciplines first come first. As they develop, mature, and bear fruit, the following are practiced. For example, yama prepares one to practice niyama. Patanjali calls the last three elements of niyama “kriya yoga” (“kriya” means action). Marshall Govindan takes the position that these three elements of kriya (or action) yoga constitute the whole of Patanjali’s yoga. However, the eight limbs are discussed in great detail in verses 2.30 to 3.8 of the Sutras and provide a much more complete description of yoga.

In verse 2.1, Patanjali says, “Kriya yoga consists of tapas (austerity, self-discipline), svadhyaya (self-study), and Ishvara pranidhana (devotional surrender to God).” (Note: Words in parentheses are commonly accepted translations of Sanskrit terms.) On the “eight limbs” path, niyama kriya yoga practices precede asana (meditation posture), pranayama (breath control), pratyahara (withdrawal of the senses from objects), dharana (concentration), dhyana (deep and uninterrupted concentration) and samadhi (unity with the object of meditation). For this reason, “kriya yoga” is sometimes interpreted as “preliminary yoga.” However, the first of the eight branches, yama, consists of five abstentions (not doing), and the five elements of niyama are observances (two), so the kriya yoga practices of niyama can also be interpreted as “yoga of action “, which involves doing something.

The following comments from Govindan’s book on the Sutras contradict Yogananda and other enlightened yogis, who agree that Patanjali’s yoga is the “eight limbs” path.

Prologue (xiv, xv) by G. Feuerstein: “… while Patanjali’s teaching has been virtually equated with eight-limbed yoga (ashtanga yoga), he himself called his path that of action yoga (kriya yoga) in pada 2.1 “. “The aphorisms in the Yoga Sutras dealing specifically with the eight limbs seem to have been cited by Patanjali or later added to his text. There is no really satisfactory explanation why Patanjali used the label kriya yoga for his teachings.”

Introduction Part 2 (xxiii) by M. Govindan: “Feuerstein has pointed out, however, that Patanjali’s yoga was not the” ashtanga “or” eight limbs “yoga, described in verses 2.28 to 3.8, as has been commonly thought by most translators. Textual analysis has revealed that these verses were simply quoted from another unknown source. “

On the contrary, Patanjali never called his path that of action (or kriya) yoga; neither in verse 2.1 (pada 2.1), nor in any other verse, nor did he say that it consisted of anything other than ashtanga yoga. And if you had quoted the verses pertaining to ashtanga yoga, it would indicate that you agree with them.

In chapter three of The Sacred Science by Swami Sri Yukteswar a yoga teaching is presented that includes the practices of ashtanga yoga, but it is somewhat different from that of the Yoga Sutras and seems to represent a different school of yoga. This illustrates that the principles, truths and practices of yoga are universal and can be discovered by yogis independently of each other. Of course, two different people would never perceive, categorize, or explain these principles, truths, and practices in exactly the same way, so unless verses 2.28 to 3.8 of the Sutras have been compiled from various sources, they are the only creation. of a single person. That person appears to be Patanjali because there is perfect agreement and harmony between these verses and the other verses of the Sutras.

Regarding the idea that Patanjali’s yoga was not the eight-limbed path, but only kriya yoga and that verses 2.28 to 3.8 were quoted by him or added to his text later, the following points should be considered . If Patanjali had quoted these verses, it would mean that he agreed with what they say. One of them, verse 2:29, states that yoga consists of eight limbs, and other verses discuss each of the kriya yoga practices, treating them as elements of the second limb. Also, apart from the verses on ashtanga yoga, which according to Govindan and Feuerstein, do not come from Patanjali, there are only two verses in the Yoga Sutras on kriya yoga. If Patanjali’s path were kriya yoga and the verses pertaining to ashtanga yoga were added to his text later, we would expect that he would have devoted more than two verses to describing and commenting on his path.

As mentioned earlier, kriya yoga consists of tapas, svadhyaya, and Ishvara pranidana. The austerities or self-disciplines of tapas involve rising above the bodily desires and enduring pain or discomfort, through determination and will; “svadhyaya” means a deep study of the nature of the Self; and Ishvara pranidhana includes both devotion to God and acceptance of God’s will.

Verses 1.23, 2.2 and 2.45 of the Sutras tell us that Ishvara pranidhana and kriya yoga lead to samadhi. Through devotional surrender to God, one rises above the influence of the ego, harmful desires and illusions, which darken the mind and prevent one from knowing God. The natural love of the heart shines forth and illuminates one’s inner life. One follows the guidance of the Spirit and practices the moral disciplines of yama with greater determination. The blessings of yama not only come into one’s life, but also, the first two stages of niyama arise naturally: one’s thoughts and body become purer and one finds satisfaction within. Through devotional surrender to God, one finally becomes totally absorbed in God. However, according to the Yoga Sutras, limbs three through seven, practiced together with the first two limbs, also lead to samadhi, and the eight limbs constitute yoga. (The seventh branch of yoga, “dhyana”, is generally translated as “meditation”, but in modern everyday usage, “meditation” is often interpreted as all or more of the branches that follow niyama: assuming proper posture, controlling breath and life force, withdrawing consciousness from sense objects, calming and focusing the mind, deep concentration on a particular aspect of God, and fully merging with God in blissful unity).

In verses 3.16 through 3.54, verses attributed to him by Govindan and Feuerstein, Patanjali comments on various functions of samyama, consisting of dharana, dhyana, and samadhi. Since his teachings included these final and culminating branches of ashtanga yoga, to be complete they must have also included the five disciplines that precede samyama and facilitate its practice. Since he never said that his path was kriya yoga and because the verses on ashtanga yoga describe what are generally considered essential components of yoga and dovetail with his teachings elsewhere in the Sutras, it seems highly unlikely that his path was kriya yoga. instead of ashtanga yoga, and that these verses were quoted by him or later added to his text. They are an integral part of his masterful treatise, perfectly in keeping with the other aphorisms of the Sutras, and appear to be his own teachings.